Are you a believer in UFO’s, little green men, humanoids or other unexplained creatures? Maybe you’ve experienced or saw something that can’t be explained. Skeptics discount the phenomena of alien abductions and sightings as nothing more than vivid dreams or fantasies. They believe such occurrences are fueled by individuals who are attention seeking, or people who may suffer from an issue of psychosis or a side effect of heavy drug abuse. As for me I am a believer. The world is more than black and white; it consists of uncharted gray areas, which account for events that cannot be rationalized by logic alone.

To help guide us through the realm of strange beings and happenings, I interviewed international humanoid and alien expert Albert Rosales. He provides us with a more in depth look on the subject matter, and opened about his own personal experiences with aliens and UFO’s.

Seven: Good evening! How did you become involved in the education and research of UFO, extraterrestrial, and other strange beings?

Albert Rosales: Hello! The main reason for my involvement in this sometimes taboo subject I have to say has been personal experience, since a young boy living in Santa Clara, Cuba I have experienced strange episodes, from seeing strange creatures, to being missing for a time, loud booms in the sky, strange dreams, bedroom visitations by shadowy beings, etc. I strive to remember everything, but I have never been hypnotically regressed by a professional.

I believe that everyone that has experienced a close encounter with a strange being or suffered any other type of anomalous experience should come forward and make it public, let everyone know. I think is important, the more people that come out (out of the alien close if you will) the more acceptance there will be. Most are afraid of ridicule, becoming social outcasts, prejudice, and of course work issues. I don’t blame them, people have been fired from their jobs for coming forward and telling the world of their experiences, not to mention the psychological trauma and sometimes physical trauma. But I think talking about it to others is a kind of helpful therapy.

I am currently involved in compiling a one of kind database of anomalous experiences, mostly entity or humanoid encounters of ALL types, including the so-called abductions. I have over 17,000 case summaries so far and growing daily. I have cases from every corner of the globe, many translated by myself, sometimes with the help of automatic internet translation engines like (Lexilogos). I have written many articles and journals and my work is known in many parts of the world. I feel a personal satisfaction that I am performing a job that is important and would be even more important in the future.

Seven: The database you’ve compiled on encounters and such is it readily available for public inquiry?

Albert Rosales:  Yes, my complete database is available on CD per request to me or I can provide a list of case summaries per year. Also many of the case summaries are available for viewing at the UFOINFO.com site, go to research and humanoid database for the information.

Seven: What is the most interesting documented case of alien encounters or abductions you have on file?

Albert Rosales: When we are talking about alleged alien encounters or abductions, I must point out that ALL are extremely ‘interesting’ to say the least. It’s very difficult to point out a single case that outshines all the others. There are many however which are well known, like the Betty & Barney Hill abduction of September 1961 (one of the first documented cases of alleged alien abduction) the Pascagoula Mississippi abduction of two men in October 1973, the famous Travis Walton abduction of November 1975, and many others.

Seven: Do you believe the public will ever accept the alleged existence of other worldly beings?

Albert Rosales: Many in the public yes, many have already, I don’t know about the public in general, the uninformed masses, the clergy, the religious zealots, perhaps slowly and surely there will be total acceptance to the concept of ‘others’ amongst us.

Seven: How have your experiences with extraterrestrials and UFO research impacted your personal life or life in general?

Albert Rosales: This subject matter has been a sort of an obsession for me since a very young age, and has not been kind. I have had several experiences myself, mostly as a young man. I think my first two marriages suffered as a result of my studies or my “hobby” if you will. I have spent much more money than I have made that’s for sure. I feel content and that I am doing something important

Seven: Many people are skeptical about UFO’s, aliens, and other creature’s existence due to lack of concrete proof they exist. What are your thoughts on close minded individuals who deny this type of phenomena?

Albert Rosales: Well, billions worldwide believe in a God, and yet they have never seen him. Proof is  a double edged sword, perhaps we do have proof, the US government allegedly recovered at least one crashed UFO or spacecraft back in 1947, maybe other countries have as well, but would they shared that information with the flock? I don’t think so. Many, the aliens or whoever they might be will never allow concrete proof to be shared among the masses, maybe there is logic to it, I don’t know. But I can only speak as a result of personal experience and years of research.

Seven: If you were given the opportunity to travel other galaxies with humanoids would you? What type of questions would you ask and how would that experience be used to educate the people of earth?

Albert Rosales: I would welcome the opportunity to travel to other worlds and realms, and learn from others with far greater capacities than ourselves, from others that hopefully have learned to overcome hate, racism, prejudices, and all those other ills that affect humanity. One question will be, who is God, what is God, I know there is a God, but is it their God, is it the same God?

Seven:  So, do you believe aliens practice a religion or are they an advanced race of beings that have a direct path to God?

Albert Rosales: That’s hard to say, since at times they themselves have been considered “Gods” here on Earth. But I believe that they worship a ‘higher being’ or power or maybe a cosmic energy.

Seven: Once people set aside their fears of the unknown, do you believe it possible for humans, aliens, and other beings to co- exist?

Albert Rosales: You hit the nail on the head; fear of the unknown is what holds us back. I think once humanity ascends or grows and humans are accepted by others in the Universe, it would definitely be possible to live together, just like those famous Sci-Fi films we all have learn to love. We will be part of the greater galactic community if you will, but as of right now I think we are not evolved enough, we are not quite ready.

Albert Rosales was born in Santa Clara Cuba on January 14 1958, migrated to Spain with his family in 1966 and then to the United States in 1967. He lived in NY (Bronx) and then like most Cuban immigrants at the time ended up in Miami. He attended Coral Gable Sr. High, and afterwards he joined the Navy and became a Radioman (Top Secret Clearance) after four years received an Honorable Discharge and went to work with his father who was an excellent jeweler (Seyboldt Building) Downtown Miami.

Expression of poetry through art using arranged text in a funky order or shape and pictures or symbols that express a deliberate point of view is called visual poetry. Usually poetry and art tends to be subjective to the creator, sometimes it’s relatable to others, but that depends on the observer’s point of view.  Check out the pieces below. 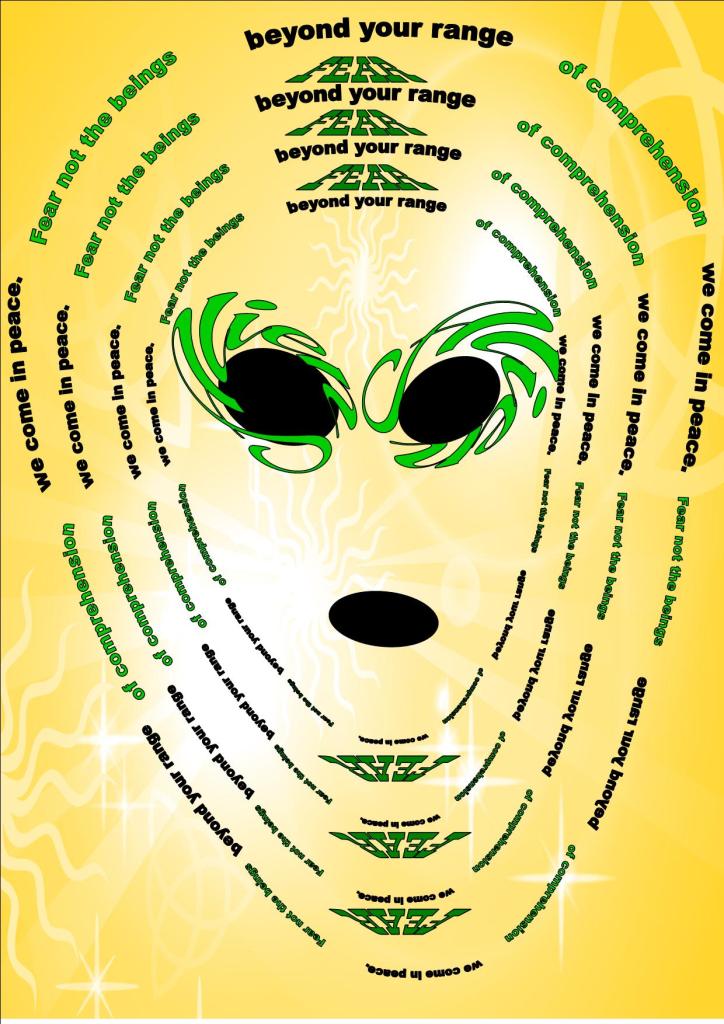 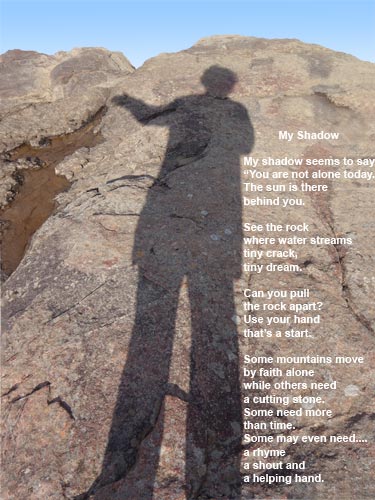 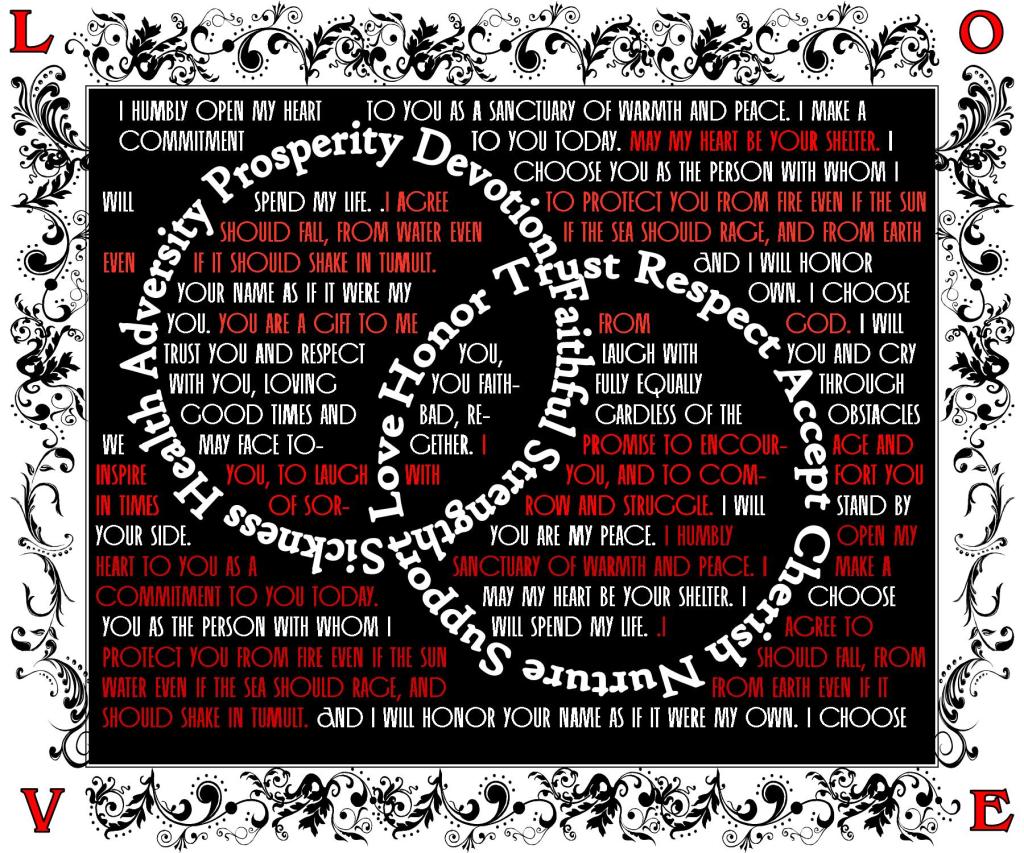 Excerpt: The White Fires of Venus

I’m fluent in sarcasm, dry humor, and staunchly oppose all things ordinary. My heart bleeds for humanity; I’m a sucker for a good cause. I am well versed in the language of literature; words are my religion, the alpha and omega of my existence. View all posts by K.S. Pratt

One thought on “The Pen Bleeds”

Tell Us What You Think! Cancel reply

This site uses Akismet to reduce spam. Learn how your comment data is processed.